“In five years I will halve the plastic of the Pacific”, interview with Boyan Slat

“The history of man – likes to remember Boyan Slat – is a long list of things that couldn’t be done, and then were done.” Now the “The Ocean Cleanup” project is a reality and there is finally hope that the man will clean up the oceans from the tons of plastic waste that are suffocating them. “The Ocean Cleanup” is a huge project, in terms of size and costs, an idea that can really save the whole planet from the dangerous effects that have been already founded in the food chain. Our hope is in the idea of Boyan Slat. He is a visionary Dutch engineer who seven years ago, at the age of seventeen, upset the world with a revolutionary intuition and with his determination. He believed in his project until today. He planned a series of floating barriers that create an artificial beach and by exploiting ocean currents, his invention envisages conveying waste into a circumscribed area. In this area, once a month, plastic can be easily extracted from special boats. The project “The Ocean Cleanup” (www.theoceancleanup.com) will complete the first phase of development until this summer and promises to remove (in five years) the 50% of the island of waste known as the “Great Pacific Garbage Patch “. If you think that island of trash, located between 35 °and 42 ° parallel north, is as big as the Iberian Peninsula, you can easily imagine how important it is to have found a solution to this dramatic environmental problem. “The Ocean Cleanup” project, funded by the Boyan Slat’s foundation by and by crowdfounding actions, raised 21.7 million dollars in November 2016. From that moment, challenging even the skeptics, Boyan Slat’s dream has become a reality, as he tells it in this long interview.

At this moment in which phase of the project we are in the development of “Ocean Cleanup”?

The Ocean Cleanup is currently in the final stages of construction of the first full-scale system. The system will be completed this summer, and launched before the end of the summer. After the launch, the cleanup effort will truly start! The first plastic is expected to be brought back onshore this year, which is very exciting.

Can you explain, in short, how does it work?

The place collecting most plastic from the oceans is the shore. Coasts and beaches collect plastic close to land, and the biggest problem in ocean gyres such as the Great Pacific Garbage Patch is that there is no shore to collect any plastic. The system developed by The Ocean Cleanup can be seen as an artificial coastline, collecting plastic while it floats through the middle of the ocean. A 600 meter half-circle made out of durable floaters with a screen hanging underneath it draws in the plastic, keeps it in place and makes it available for extraction.

Can you tell us what the next steps of the project will be?

After the launch of the system this year, The Ocean Cleanup will work on expansion. The fist system is 600 meters long, and after studying all data collected from it, the systems will become over 1 kilometer long. The plan is to expand to 60 systems by the end of 2019, launching them in multiple gyres across the world.

I read somewhere that the project will self-finance. How?

By self-financing, we mean that the plastic collected from the ocean will be caught, collected, brought to shore and sold to responsible recycling initiatives. Our studies show that the plastic gathered from the ocean is of remarkably high quality, making it suitable for a number of products. We are working with with B2C companies producing durable products. Durable products have less risk of ending up in the ocean than fast moving consumer goods – often used only once and thrown away. Now we’ve received funding for the first system development. It will help us test and iteratively improve our system until we have a system fit to be deployed for 10 years in a garbage patch. We expect the following systems to become significantly cheaper. Our current estimate is that after the first 3-4 systems have been deployed, we will be able to run the next ones at approximately 5 million euros a piece. We will be offering single systems to corporate sponsors, and expect that after a successful proof of concept by means of our first system, there will be a fast growing demand to attach corporate brands to The Ocean Cleanup and our mission. Furthermore we intend to market the plastic we collect at a premium value, and return the proceeds into the operational costs of The Ocean Cleanup organization.

I saw that there were some important brands that are supporting this adventure of yours. How?

I never anticipated the support of so many people, and was quite overwhelmed when I started receiving 1.500 emails per day from people wanting to help when the idea went viral beginning of 2013. In hindsight, this project couldn’t have existed without the support of the tens of thousands of people who have contributed their time, expertise or funds towards the realization of The Ocean Cleanup. And: it could not have existed without the internet! A lot of interesting partners simply contacted us because they support our idea and goal.

When will “Ocean Cleanup” be operational competly? What are the first objectives of the project?

The first system is to be launched this year, and the first goal is to get plastic ashore. When the first boats of plastic are back at the coast, our most significant milestone will be achieved.

What was the most difficult moment? Was there a phase in which you thought about abandoning the idea?

There were definitely moments where I got close, but I gave myself half a year to get the project off the ground. Fortunately after two tough months the concept went viral on the internet, which enabled me to raise funds and assemble a team to start investigating the feasibility of my concept.

Have you thought about how important is the success of your invention for the whole planet?

Taking care of the world’s ocean garbage problem is one of the largest environmental challenges mankind faces today. Millions of tons of plastic have entered the oceans, damaging ecosystems and entering the food chain. Although it is essential to prevent more plastic from entering the oceans, the plastic that’s already trapped in the currents of the oceans will not go away by itself. Right now, most of the plastic in the oceans is large debris. Because of UV radiation, big debris breaks down into (much more dangerous) small particles. If we’d wait another few decades before we start cleaning up, the amount of micro plastics would increase 50 times. By that time we would be in even more trouble.

In your opinion how is it possible that no one had not thought of it before you?

It is not easy, otherwise it would have been done already. However, there is no evidence to suggest we are underestimating anything. In fact, we are always on the conservative side when it comes to force calculations.

Looks like you’ve been an inventor since you were little. Remember what was your first invention?

I’ve been interested in engineering from a very young age. I built tree houses, then zip-wires, then it evolved towards bigger things. By the time I was 12, I got into rocketry. This led to a Guinness World Record for the most water rockets launched at the same time. 213 from a sports field in my home town Delft, supported by 250 college students. The experience taught me how to get people enthusiastic and involved in an unconventional project.

And what will be next? Can you give us some anticipation?

That is hard to say in advance. If it makes the project move ahead faster and better, it is worth considering.

What are the people you think you can thank?

We would like to thank everyone who is helping us to make our system better; critics, experts and our advisory board. All of this input, combined with our internal team who never stops questioning and challenging themselves, have helped us mitigate risks and increase the performance of our system.

Is there anyone who has tried to discourage you?

There have been multiple critics. We are confident that the basic principle is feasible, so hopefully we will prove the critics wrong soon. History shows a long list of things that couldn’t be done, and then were done.

Photo: thanks to Ocean Cleanup  (https://www.theoceancleanup.com/)

This error message is only visible to WordPress admins 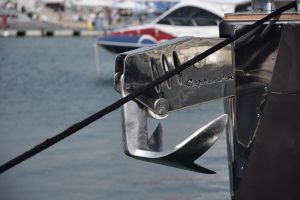 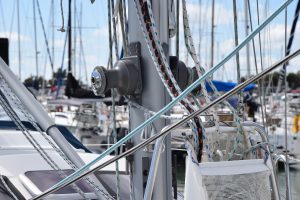 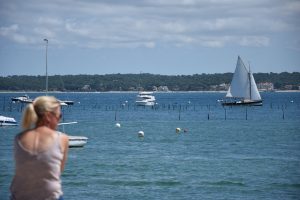